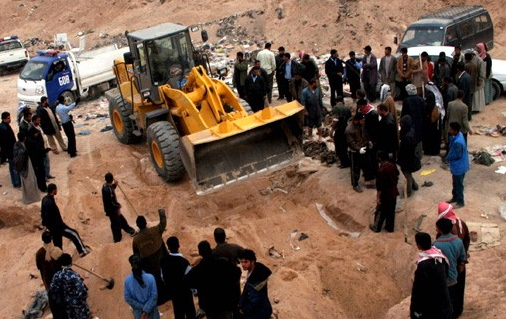 The Iraqi military yesterday discovered a mass grave of about 100 civilians beheaded by the dreaded ISIS Jihadi group operating in Mosul, Iraq.

According to a statement released on Monday, Iraqi soldiers found the gory site inside the School of Agriculture, a government college located on the outskirt of a town recaptured from ISIS yesterday.

Beheading and dumping of bodies in mass graves have now become the modes of operation of the Sunni terror group.

Meanwhile, a Special team have been sent to the school to investigate the killings.