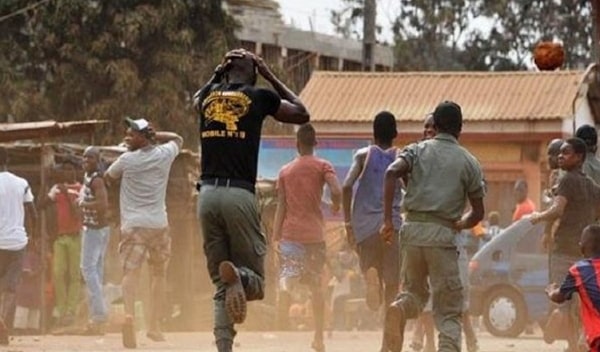 The bandits, in the attack which happened on Kaduna -Birnin Gwari road on Saturday, also killed one Ibrahim Idris, the driver of a former House of Representatives member, Adamu Shekarau.

Kaduna State Police Command, while confirming the incident to The Nation on Monday said, a one- and- half- year old was also kidnapped alongside the UTME candidate.

The Command’s PPRO, ASP Muhammad Jalige however said that, the police are on trail of the bandits as an Armoured Personnel Carrier (APC) has been deployed to the area.

“Yes, there was an attack on Saturday on Birnin-Gwari road. The driver of the vehicle was shot to death and four other people were kidnapped.

“The incident happened around a village called Ungwan Yako.

“Three of the kidnapped victims are candidates who came to Kaduna to write UTME exam. They were on their way back when the incident happened. They are; Yusuf Sani, Ummi Sani and Umairah Mustapha. The fourth person is a little baby, a year and half old.

“The Police around the area engaged the criminals and recovered their motorcycle. We are still on trail of the criminals.

“Also, the Commissioner has directed for more deployment on the Kaduna-Birnin Gwari road and one Armoured Personnel Carrier (APC) has been deployed to man that area particularly. The APC is just about to leave the police headquarters now to the place.”