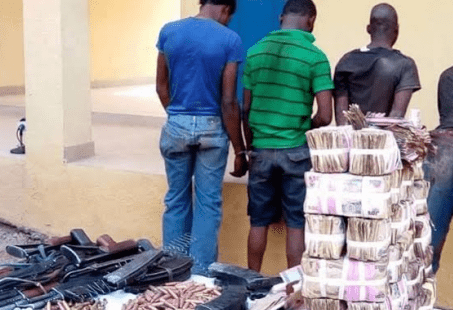 The trio was arrested in connection with the armed robbery attack on First Bank, Union Bank, and Skye Bank, situated along the same street in Ikirun, Osun State, simultaneously, on 12th February 2016, at about 3:30 pm.

The prosecution Counsel from the Ministry of Justice, Barrister Biodun Badiora, in proof of the charge called five (5) witnesses and tendered about 30 Exhibits. 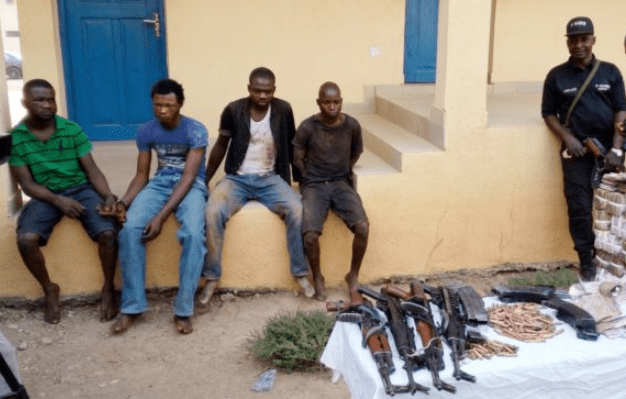 “The combined team of Policemen from Iragbiji Police Division, Ikirun Police Patrol Team and Special Anti-robbery Squad, responded to distress call(s) from the scene. On getting to the scene, a gun duel ensued between the armed robbers and the Policemen, and the armed gang was dislodged making them run away in different directions.

“7 members of the armed gang were killed by the Police at the scene of the crime while some others escaped with gunshots injuries.”

“Aderibigbe Seun was arrested inside Akinorun Grammar School, Ndubisi David back of one of the banks and Nuhu Jimoh was maimed by gunshot at the scene of the crime.

“Almost thirty-two (32) people lost their lives to the incident but only four Corps were deposited at the mortuary; two bank officials and two Policemen on Bank guard duty.

“Seven assorted ammunition including; AK-47 gun Israeli and Russia made brought to the scene by the armed gang and a cash sum of #7,486,300.00k (Seven Million, Four Hundred and Eighty-Six Thousand, Three Hundred Naira) taken from the banks were recovered by the Police.”

Justice Jide Falola said that “prosecution Counsel has proved his case beyond the reasonable doubt hereby found them guilty on charge preferred against them.”

Counsels to the convicts, Barrister Sunday Atofarati and Ajibade Omoyajowo pleaded with the Judge to temper justice with mercy.

In his judgment, Justice Falola Sentenced them to death by hanging, and forfeited gun recovered from gang to the Nigeria Police also forfeited money recovered to the Osun State Government.