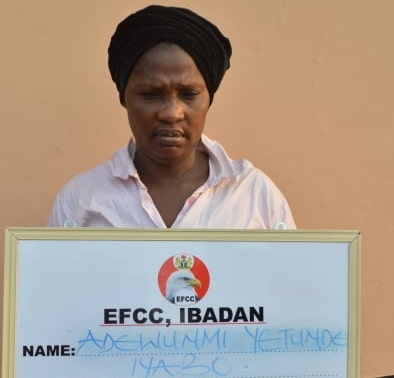 A banker identified as Yetunde Iyabo Adewunmi, was on Tuesday, sentenced to one year imprisonment for conspiracy, aiding and abating fraud.

The 51-year-old was convicted of the one-count amended charge instituted against her by the Economic and Financial Crimes Commission, EFCC, Ibadan zonal office, before Justice Peter Lifu of the Federal High Court 2, sitting in Osogbo, Osun State.

Investigation conducted by officials of the Commission had revealed that the convict used her position as a staffer of a new generation bank in Ile Ife, Osun State to forge two identity cards for one Abayomi Samuel Onalaja, an internet fraudster, to enable him cash two Western Union transactions received from his foreign victims. 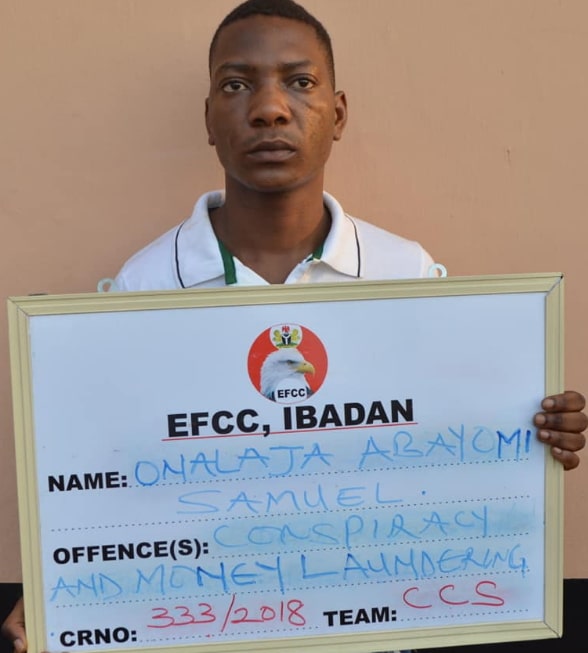 She was said to have benefited N236, 736 from the illegal dealings.

Owing to the findings, the Commission earlier filed against her a five-count charge bordering on money laundering, but later amended it to a one-count after agreeing to a plea bargain option with her.

The amended charge professed her guilty of an offence contrary to Section 27(2) of the Cybercrimes (prohibition, prevention etc) Act, 2015.

She pleaded guilty to the charge and was accordingly convicted.

The prosecution counsel Shamusuddeen Bashir had earlier prayed the court to accept the conditions of the plea bargain which included restitution of the proceeds of the crime as well confirmed that the Commission had indeed received the sum.