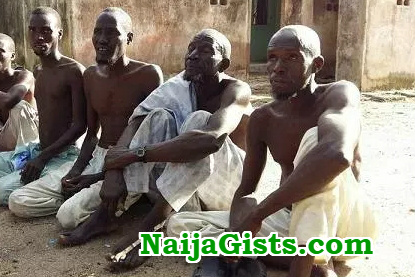 The Nigerian Army today said that five Boko Haram fighters belonging to the Al-Barnawi faction have surrendered to troops of the 3 Battalion following sustained bombardment of the insurgents’ hideout in the Northeast.

According to the statement, the suspects were forced out of their hideout by hunger and unending bombardments, which they said left them with no choice than to surrender.