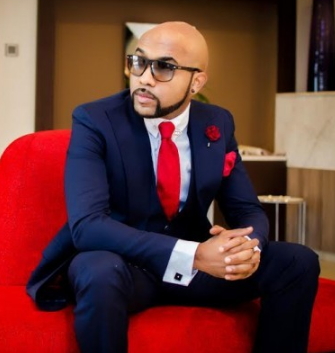 EME Boss, Banky W earlier this week engaged one of his fans in a bitter Twitter fight.

In the interview Banky W listed the qualities of a woman he liked to spend the rest of his adult life with.

“I am fine with being single and not in a hurry to walk the aisle. I think people don’t give much attention to marriage but the ceremonies and I am not going to let that push me until I am ready. My kind of woman is someone that is beauti- ful, she has to be beautiful because that is what will first attract me to her and she must be God fearing. She must have a sense of humor and be independent.

She must love music, she mustn’t necessarily know how to cook because I enjoy cooking myself. She should be ambitious, have a career and have her money. No one wants a lazy woman.”

His fan, Omo Alhaja, took to his Twitter handle, saying:

“I overheard you that, you can’t marry a normal person, a girl from poor or low background.If you truly said that, you are a big fool.”

“I didn’t…but you’re a bigger fool for jumping to conclusions, believing everything you hear and tweeting me this crap,” he reacted angrily.