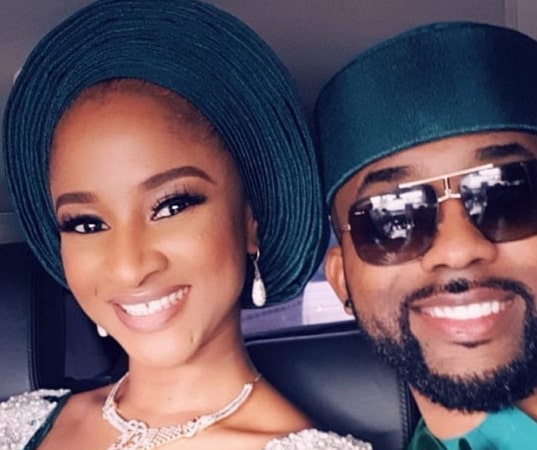 Why Adesua Etomi & Banky W Marriage Will Not Crash – Insider

Call them the hottest couple in Nollywood and you just might be right.

Ever since the pair tied the knot a year ago, they have been an item. And only recently, they celebrated the one-year anniversary of their wedding generating thousands of comments on social media.

According to an insider who squealed to TS Weekend on grounds of anonymity, the secret of their marriage is the love and understanding they continue to shower on each other.

“Long before the world knew it, long before they met on the set of The wedding Party, the pair had been dating albeit secretly. And the attraction was instant.

There is no gainsaying it, their union is like one made in heaven and the romance has continued to grow from strength to strength and it is because of the way they have accepted each others flaws and they have always there for each other.

“Banky W is always celebrating Adesua on social media and so too does Adesua. They are never short of sweet and encouraging words for each other in their careers or personal struggles. It is not like its been a bed of roses all the way but the innocence and total trust with which they have approached the marriage is one of the major factors that have brought them this far.

“Imagine giving yourself to your partner with all your vulnerabilities and flaws without holding back, that is exactly what they have done over this past year. What is more, they have allowed themselves to be who they truly are and grow in the marriage while leaning on each other for support and encouragement.

They both have very busy careers but they always seize any opportunity to be together and catch up on each other. Talking of how to have a lasting relationship, a lot of couples today need to learn a thing or two from them,” the source concluded.

The pair tied the knot last year November 26 in a grand ceremony that took them all the way to Dubai.