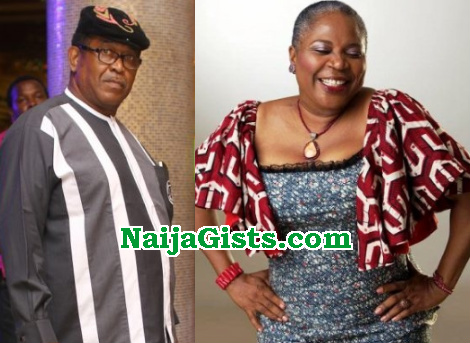 July 2nd, 2016 – Onyeka Onwenu Is My Sister But She Betrayed Me – Chief Tony Okoroji Breaks Silence On Defamation Case

Delivering judgment in Suit No: ID/935/12 filed in 2012, Hon. Justice I. O. Akinkugbe (Mrs.) also ordered Onwenu to tender an unreserved public apology to Okoroji to be published in Vanguard Newspapers.

Reacting to the judgment, an excited Okoroji who was in court said, 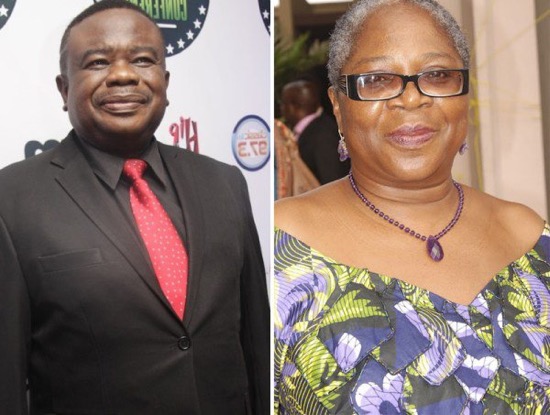 “Once again, as has happened several times before, the courts have come to my rescue, proving that despite what may be said to the contrary, you can obtain justice in Nigeria.

This has taken close to four years of going in and out of court but at the end of the day, I must thank Hon. Justice Akinkugbe who the Almighty has again used to do justice for her professionalism. I must also thank my lawyer, Mr. Justin Ige, for his commitment and thoroughness.

I have committed much of my life to fighting for the welfare of every musician in Nigeria and protecting the interest of all including Ms. Onyeka Onwenu. In the battle, I have spared myself no inconvenience or discomfort and countless times, I have had to risk my life, my reputation and the welfare of my family.

Working with my colleagues at COSON, we have made available to musicians across Nigeria hundreds of millions of Naira as we set out with the building of the most professional, transparent and accountable organization in the history of the creative industries in Nigeria, something that was considered impossible just a few years ago.”

“I wish I never had to take Ms. Onwenu to court. I consider every Nigerian musician including Onyeka a member of my extended family. Onyeka however left me with little choice. I went to court in self-defense. Till today, I do not know what wrong I did to Onyeka Onwenu.

As someone I considered a close colleague and friend, I was shocked at the level of hatred she had generated within herself to justify her all-consuming campaign of lies without foundation to destroy the one thing she knows that I cherish most; my integrity. Every appeal to Ms Onwenu to reconsider what she was doing fell on deaf ears. Onyeka Onwenu has known me for many years.

She knows very well that under no circumstance would I take a penny that does not belong to me but it suited her purpose to project me to the world as a thief. Onyeka knows that I am a stickler for rules and order but it made her happy to tell the world that I am lawless and a despot.

I know that very few people will believe this: three years ago, Onyeka Onwenu went to the Police Special Anti- Robbery Squad (SARS) in Ikeja to wickedly report that I was chasing her around at night in a red Jeep in her neighbourhood with the intent to assassinate her!

This crazy report with absolutely no foundation was made a few days to my birthday (December 22) and Christmas. I have little doubt that the intent was to have me suffer in jail during my Birthday, Christmas and New Year. It took the wisdom of the police authorities and the intervention of elders in the music industry such as Evangelist Ebenezer Obey Fabiyi, Prof Victor Uwaifo and Dr. Ben Ofoeze to save me from the wickedness carefully planned for me by someone I had treated with so much respect and love as my sister and friend.”

“Some will recall that I publicly cautioned Onyeka Onwenu when she began her ill-advised war of attrition against Chief Tony Okoroji. I told her that she was taking on the wrong guy. She refused to listen. Now, the chickens have come home to roost and she has to pay for her attempt to destroy a good man”.

Continue Reading
You may also like...
Related Topics:Onweka onwenu