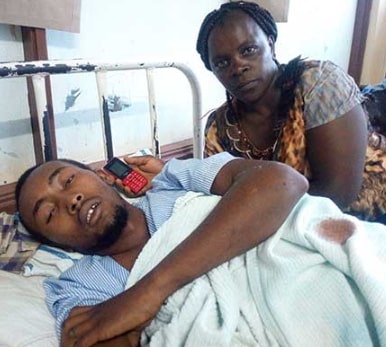 A man has died after a football match between Chelsea and Arsenal last week Saturday the 19th of January.

The victim Martin Waweru died on Thursday the 24th of January following injuries he sustained after a police officer who was angered after his favourite team, Chelsea, lost shot him 3 times.

According to Daily Nation, Waweru and the police officer were in the company of other fans at a local club in Murang’a, Kenya, when the officer picked up a quarrel with some of them after the team lost.

Waweru was shot by the angry officer just as he was about leaving the bar.

Here is what he said hours before succumbing to gunshot wounds.

“Upon reaching where I was, he ordered me to lie down and I obeyed. He then shot me three times at the back on my waist, above my back and on my hand and dragged me to the police camp and forced me to drink water while I was bleeding” .

His wife, Rose Muthoni is now calling for justice as the killer officer has been transferred to another location.