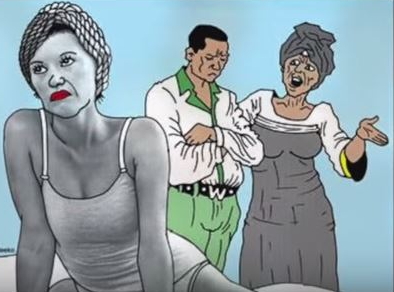 Mrs Olutayo Shiwoku has urged an Agege Customary Court to dissolve her marriage to Shiwoku Babatunde over her inability to conceive for him. Olutayo said she wanted the divorce because of pressure from both sides of the family.

Although the husband didn’t appear in court, he however sent messages through Olutayo to the court that he was in support of the divorce.

There’s no harmony between us. The marriage didn’t produce any fruit of the womb and family members are complaining. The lack of a child in our marriage has led to many difficulties in our lives.

The president of the court, Mr. Williams Philips, asked her, if the family of her husband knew of her intention to divorce Babatunde, and she replied:

“His family doesn’t support the union anymore.” Philips said that due to the continuous absence of the husband, the matter would be adjourned to July 21, 2016, for judgment.

Nigerian Woman Catches Cheating Husband In Lagos Hours After He Told Her He’s Travelling To Abuja
“I Don’t Love My Wife Anymore” – Pastor Seeks Divorce, Says He Was Forced To Marry Wife