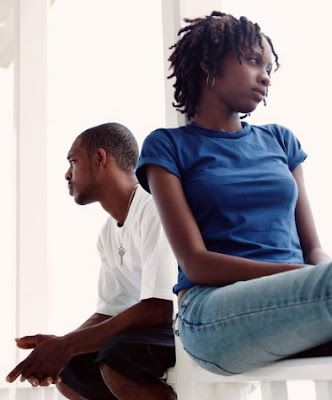 “I Don’t Love My Wife Anymore” – Pastor Seeks Divorce, Says He Was Forced To Marry Wife

The founder of a church in Ifo LGA of Ogun has begged  an Agege Customary Court, to dissolve his marriage to his wife, Ilesanmi Comfort, because he doesn’t love her.

“Comfort and I met for just two weeks before our wedding. It was when we started living as husband and wife that Comfort showed her true colour.” Samuel said that Comfort used to seize any opportunity to curse him and his ministry.

He said whenever he tried to tell her that her behaviour was wrong, she would grab his shirt and starts shouting. He said: “Before her sudden change and cruel attitude, I prayed and God revealed to me that Comfort wasn’t my wife. I chose wrongly. I can’t find peace in my house.

“I don’t love her anymore. I don’t want this to tarnish my ministry and my reputation as a pastor. That’s why I decided to file for a divorce.

I think the divorce would bring peace to my ministry.” Comfort denied the allegation, stressing that the root of their marital problem was that Samuel wanted to use her to raise his children. She said: “After Samuel lost his wife and married me, I started taking care of his children.

“Samuel and I didn’t have any form of quarrel. I was shocked this morning when I saw divorce summon from Agege Customary Court.” The President of the court, Mr. Williams Philips, adjourned the case till June 30, 2016, for further hearing.

14 thoughts on ““I Don’t Love My Wife Anymore” – Pastor Seeks Divorce, Says He Was Forced To Marry Wife”