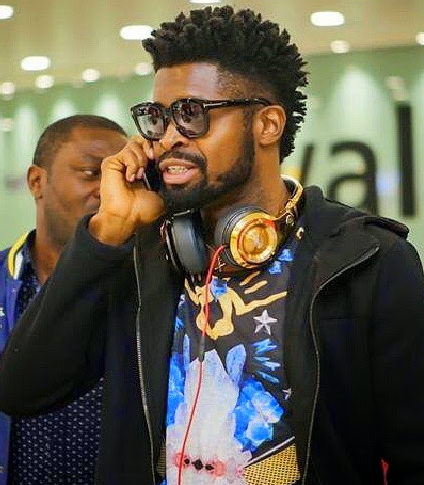 The officials of Lagos Police command have arrested popular comedian Basketmouth’s gateman for allegedly fleeing the scene of a robbery attack.

The suspect whose identity was not disclosed was arrested after some robbers entered the comedian home in Lekki phase 1 yesterday and robbed him of his valuables.

According to a police source, the comic star was robbed less than an hour after he returned from the night club.

The source said police arrested the gate man for allegedly fleeing after the bandits invaded their home around 1:30am.

Contrary to what Bovi said on Instagram yesterday, Basketmouth told police he was robbed between 1:30am and 2:15am.

When Basketmouth opened the door for his gateman to run some errands it was then that the robbers entered the house.

He reportedly alerted police 5 minutes after the attack.

When asked why he didn’t call earlier, the comedian said he didn’t want a shootout.

Basketmouth has asked the police to release his gate-man because he and his wife trusted him.