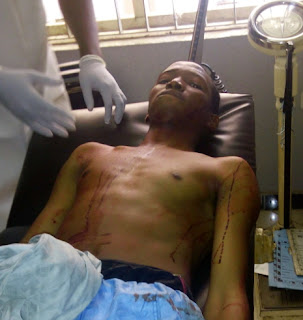 Not less than 9 people died on Wednesday during a bloody clash between scrap dealers and cattle sellers at Oko-Oba Abattoir area of Lagos State. It was learnt that the scrap dealers, mostly Hausa, accused the ‘Seriki Fulani’ (the head of Fulani) of supporting the officials of the Nigerian Railway Corporation (NRC) to demolish their shanties where they transact business, which falls within the territory of the corporation.

The confrontation between the two sides started on Tuesday night but snowballed into a major conflagration yesterday. It was learnt that the hoodlums, numbering about 50, armed with axes, machetes, clubs and other dangerous weapons, stormed the market about 2a.m. yesterday and attacked the traders who had already slept in their various shops.

They also looted the market, stole money and other valuables. The spokesperson for the Miyeti Allah Cattle Breeders Association of Nigeria, Lagos chapter, Mr. Salisu Jikantoro, said it was not the Seriki Fulani who ordered the demolition of the scrap dealers’ shanties. He said: “The Seriki is not responsible for the demolition of their shanties.