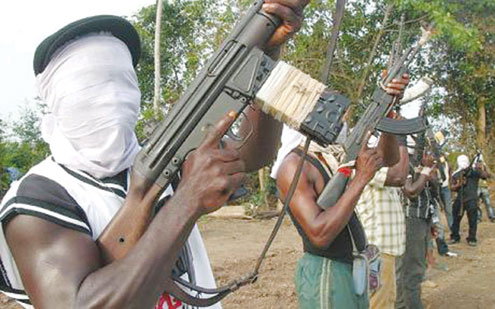 Yesterday, the wife and son of Mr Gbalipre Turner, the treasurer for PDP in Bayelsa state got kidnapped by some masked gunmen.

The abduction we learnt took place at the family house in Opume, Ogbia LGA of Bayelsa.

The kidnapping occurred 2 days after the abduction of the 78-year-old dad of Nelson Belief, Bayelsa’s Tourism Development Commissioner.

The development has raised concern over the effectiveness of the special security outfit codenamed operation ‘Doo Akpo’ and the multi billion security surveillance project embarked upon by the Bayelsa government.

It is to be noted that President Jonathan hails from Ogbia, where a sister of one of his aides, Oronto Douglas, faced a similar fate last month.

The kidnappers are yet to make an official contact with the family.

Wishing for their safe release.