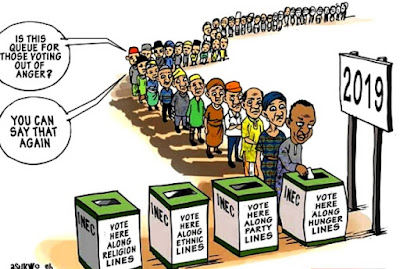 Yes, politicians will say whatever it takes to get elected. Every one of them swears that they will be less corrupt, and less corruptible, than the lot in power. Eventually, when they get elected and sit on their various seats, they forget some of their promises; they even deny some- as President Muhammadu Buhari and the APC have repeatedly done.

Saying that I am disappointed in this government is just me trying to water down my level of disappointment. It was perhaps the only government in the history of the country ushered in on the ground of integrity and incorruptibility, after the downpour of the rain of corruption and thunderstorms of impunity that befell the nation under the previous administration.

Nigerians, tired of the previous administration, led by Dr Goodluck Ebele Jonathan, took that annoyance to the polls on March 28, 2015, with high hope and aspirations and voted out an incumbent president, with the hope to have a more reliable and prosperous country. This perhaps is one of the biggest political developments in the history of the country. Unfortunately, their hope soon became battered and shattered.

Things started looking bad and ugly few weeks after the inauguration of the president. Firstly, it took over six months for a perceived prepared party and candidate to have his cabinet running. Then, the blame game and excuses started; then they made a total mess of their first budget. Then they find it difficult to manage the economy- the usual excuse about the dwindled crude oil price was lame and lazy. Afterwards, the anti-corruption stand of the administration soon became mere political and toothless.

The same party that screwed the previous government on fuel scarcity could not maintain a stable cost and readily available supply of fuel. Next, the same party that promised fire and fury on corruption started dining with corruption and swimming its allegations. #BabachirGate, #MainaGate and the rest.

The perceived aggression and annoyance currently being displayed by a large cross-section of the populace is a function of the cumulative disappointments experienced under the leadership of the APC and the president.

Therefore, as 2019 approaches and politicians start behaving like politicians, this is a wake-up call to all Nigerians to look beyond just the political parties, but be prepared to vote nothing but competence and character, before we are scammed again. Remember, once bitten, twice shy.

Continue Reading
You may also like...
Related Topics:2019, call, election, wake up

Fulani Herders/Farmers Crisis: Why Cows In Nigeria Should Be Fed With Hay Like Cows In Europe
Bakare’s Ambition: Why A Genuine Pastor Should Understand The Consequence Of Thus Saith The Lord