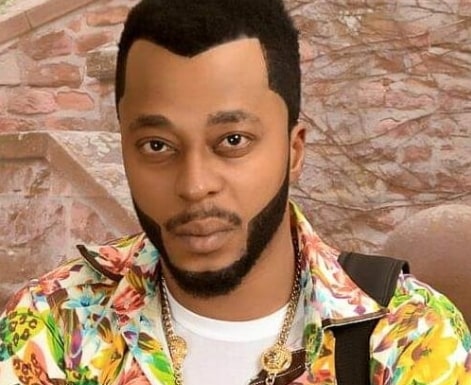 Benson Okonkwo: It Is Unfair To Call Me Gay Because I Play Gay Movie Roles

Popular Nollywood actor Benson Okonkwo has opened up on the controversies surrounding his sexual identity.

The actor who endured a public backlash over the last couple of days, particularly on the Internet shortly after he released some nude photos of himself, in which he used a curtain to cover his manhood has said he is already used to being called gay. The actor immediately reacted to the insults he got from people by releasing a statement on his Instagram page.

In a chat with The Beats, the actor blamed the name calling on being handsome.

“There is nothing wrong with that picture; I have talked about this gay issue endlessly and I am tired. People always accuse handsome men of being gay.

“I have played the role of being gay in three movies so maybe they are accusing me because I did justice to the roles. I am a versatile actor, so I was just being professional.

“I took the picture for a movie. I have been living with this allegation and it is not fair; God will judge the people judging me. Whoever thinks he has clean hands should cast the first stone.

“Let them keep talking, talk is cheap and free; rumours even make me more popular. I have my fans, people still love me regardless of what some others say”.