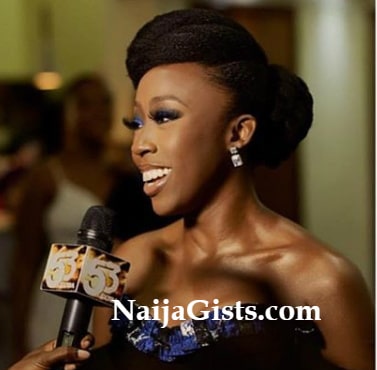 Nollywood actess Beverly Naya’s debut movie “Skin”, a feature documentary which inspires the meaning of beauty in all shades of life, has been accepted into another festival, making it the third.

The excited actress, who during the unveiling of the documentary video stated that it is not an anti-bleaching campaign, shared the good news on her IG page on Tuesday.

“San Francisco, here we come! Really happy to be able to share that @skinthedocumentary just got accepted into another festival (third one). Skin will be showing at this year’s San Francisco Black Film Festival, this is great news! As a first time producer, the recognition around the world means a lot.”

The movie has also been schedule to be screened at the Caribbean Film School, Trinidad and PULP Cinema at Stellenbosch University, in August 2019.

“Here we come, exciting times ahead for @skinthedocumentary, as we continue to plan for the youth tour in Nigeria, we are very excited to announce that Skin has been selected to screen at the Caribbean Film School, Trinidad and PULP Cinema at Stellenbosch University, South Africa in August 2019.”

“We are taking #SkinTheDocumentary far and wide with intentions to empower people not just in Nigeria but around the world. Thank you for being a part of this journey with us, she said.