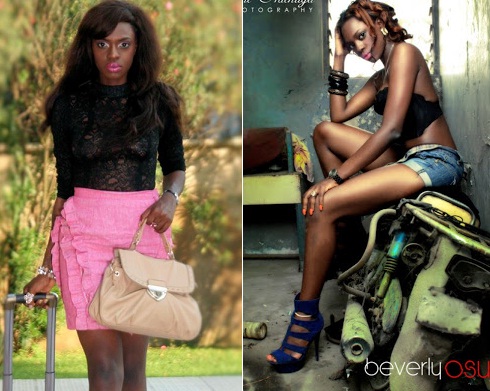 On her arrival at the BBA house, she informed her house mates how she got expelled from a convent.

She also revealed 2 shocking secrets of her life.

Beverly said she aborted a 4month-old pregnancy and that her mum was deported from the United States of America because of her involvement in drugs.

She also made a false claim that she once dated now married rapper 2Shotz.

The former go girl said she and a couple of friends used to extort money from rich men.

2shotz has however denied her claim, the rapper has denied ever meeting her.

So what is this lady up to…. It looks like she is trying to create controversy the wrong way.