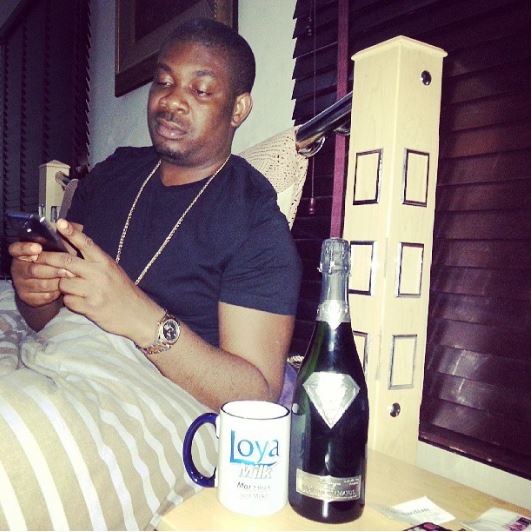 Mavin boss Don Jazzy has made history as the first entertainer to receive a bottle of world’s most expensive wine from controversial designer Alexander Amosu.

The designer used this opportunity to honour Don Jazzy.

Another entertainer on Amosu’ list is Peter Okoye of P-Square. He has promised to send him a bottle too.