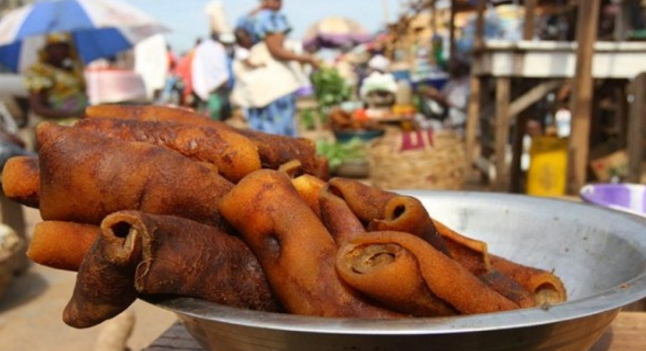 The Government of Ogun State on Thursday alerted residents to the sale of poisonous local delicacy, ‘ponmo’ in markets across the state.

The state government alleged that ‘some unscrupulous businessmen’ attempting to exploit the current scarcity of cattle hide and skin used in preparing the, popularly called ‘ponmo’ have resorted to selling industrial hide and skin, already treated with tanning chemicals to unsuspecting members of the public.

The state Commissioner for Agriculture, Mrs. Ronke Sokefun who addressed a press conference on the sale of the unhealthy and dangerous ‘ponmo’, disclosed that such cattle hides and skin had been treated with tanning chemicals such for the production of leather and unfit for human consumption.

Sokefun, however, said the state Ministry of Agriculture and the National Agency for Food and Drug Administration and Control (NAFDAC) had already commenced investigation into the development and had been on the trail of the importers of the unhealthy ‘ponmo’.

The commissioner also disclosed that the officials of the ministry had been in ‘strategic liaisons’ with the state Ministry of Health and the Environmental Health Departments of the 20 local government areas to confiscate the unhealthy ‘ponmo’ from all markets in the state.