The source who wrote NG late last night has refused to give us a telephone number. He/she chose to remain anonymous because he(she) is among the cast of popular TV drama series, Professor John Bull.

The source said he (she) wrote us to confirm a report on how new Nollywood actresses are gaining popularity by offering their bodies cheaply to movie producers and directors.

“I personally witnessed this myself because I never believe it happens until my eye saw it korokoro in Enugu. The lady is Bidemi Kosoko, the petite girl with dimples. She is a flirt. She sleeps around anyhow, I pity her parents”

One night like that, Mr Chikere called her to meet him at certain place, can you believe this lady left us and rushed out immediately. She didn’t return until the next day when she followed Mr Chikere to our location. A lot is happening I will feed you as I see them please don’t reveal my computer IP. This is not my personal email I just open it to offload my mind. Though I’m not married I can never advise anyone to marry these ladies, they are mostly prostitutes”.

NaijaGists.com replied the source, seeking to get the contact information but he/she chose to remain anonymous.

To confirm what the source said, Pascal Atuma and Tchidi Chikere are the directors of Professor John Bull Drama series sponsored by Globacom but Mr Atuma was never implicated.

For the records, Tchidi Chikere who dumped his wife Sophie some years back is married to Nuella Njubigbo. 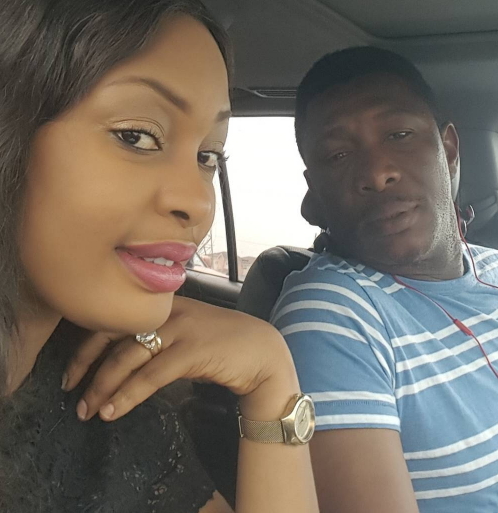 NG will update you if we manage to secure an interview with the source.