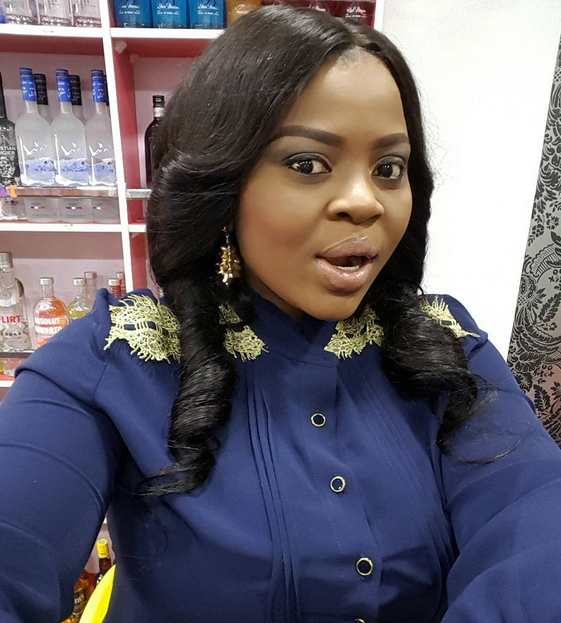 In a brief chat with e247, Bimbo said she didn’t collect a dime from her wealthy boyfriend as widely circulated in the media.

The plus size actress said all the money used in opening the store was from her sweat.

“I established the store with my own hard-earned money; no man gave me money. Even my family members were shocked when I opened the store because I didn’t inform anybody. My man was also surprised. Anyway, I think its hype for me and I love it, except for the aspect of the man that they added to it”– said Miss Thomas

“Couples should have sex as often as possible. Maybe four times in a week, if time permits and we’re not far apart”.

Whispering birds said Bimbo Thomas is dating a married politician so she is not too comfortable sharing his photos on the social media.

The actress is yet to respond to any these allegations.