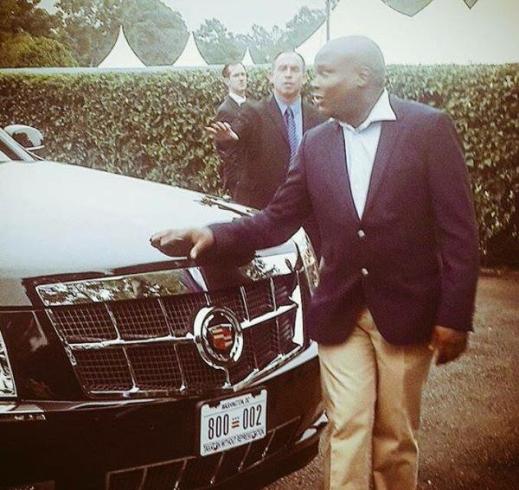 Jomo Gecaga, the Personal Assistant to the President of Kenya was barred this evening from touching President Obama’s Official Limo “The Beast” as he was trying to strike a pose in front of it.

Obama arrived Nairobi Kenya and was picked up by the armoured bullet proof Limousine. 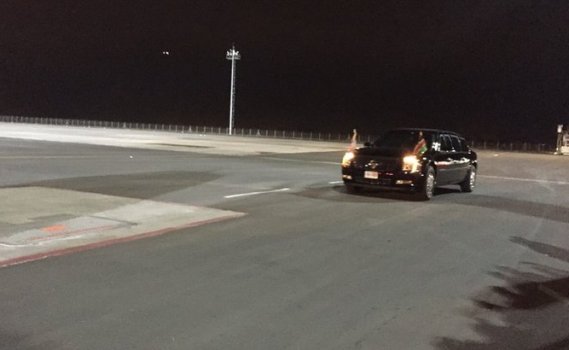 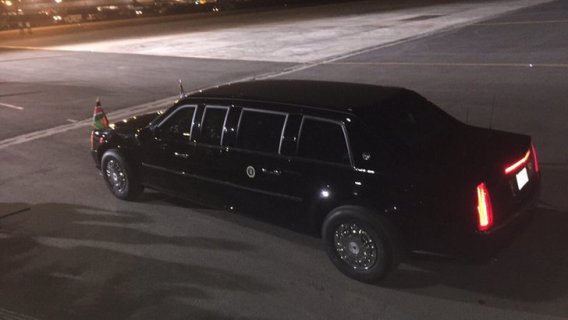 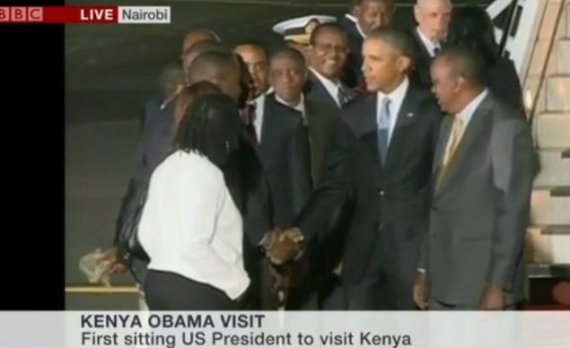 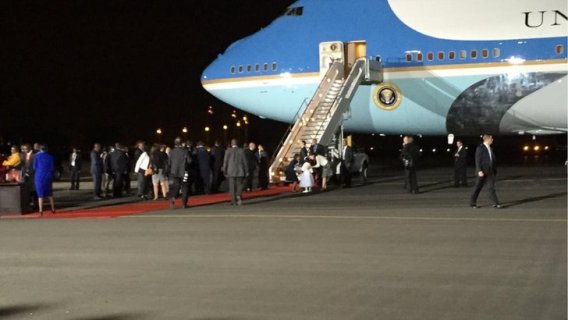