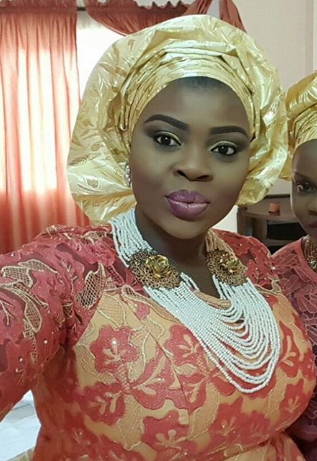 June 5, 2016 – Bimbo Thomas’ Baby Father’s Wife Threatens To Expose Her As She Heads To Delivery Room

Nollywood actress Bimbo Thomas has been tagged a home breaker several months after she reportedly snatched the hubby of another woman.

When asked to clarify the relationship between her and the woman threatening to deal with her, the actress declined to comment.

Miss Thomas is reportedly due to deliver her first child later this month.