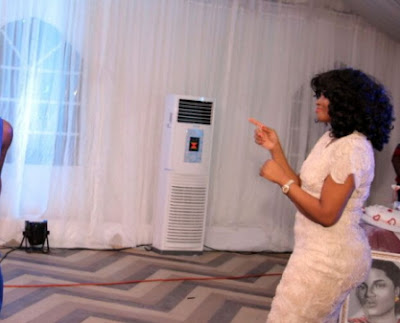 Though she didn’t disclose this to the media, anonymous insiders revealed this exclusively to NaijaGists.com.

According to a staff of Omotola Jalade, the actress was really angry when she discovered what had happened to her event center. She reportedly left the place like that for weeks.

Plan is currently underway to rebuild the N35million event center.

‘The investment is heavy; N35m is a lot of money in these hard times. I don’t know where she will get that kind of money from but she is commencing work on the site,” the staff who didn’t want her name in print said.

Being Single Is Not A Death Sentence, Ladies Stop Running After Men
Bimbo Thomas Tagged A Husband Snatcher As Baby Daddy’s Wife Threatens To Expose Her