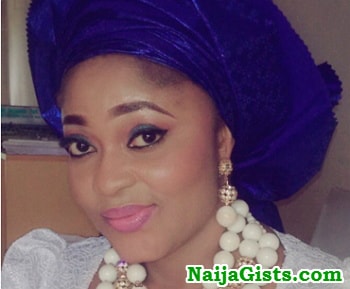 Nollywood actress Biodun Okeowo who was recently dragged for spreading lies about her past on the social media has responded.

The single mother one two who last year in an interview said her ex-husband met her a virgin has finally changed the story.

The actress has since set the record straight to stop the negative publicity the interview is generating.

Here is what she wrote on the social media today;

“Be wise, not every story you read is presented by journalists as said. Some Stories are garnished with lies to make good headlines. I stopped granting interviews with some because your ‘A’ will be ‘K’ by the time they publish your story.
“I owe no one an explanation, but to set the records straight/correct some lies read on the internet, I was deflowered by my kids’ father. We lived together for some years, but never got married legally.

“The fact that I made a mistake in life shouldn’t stop me from advising against it. I am bold enough to share my story/mistake, which has now turned to my joy. What about you Internet troll?