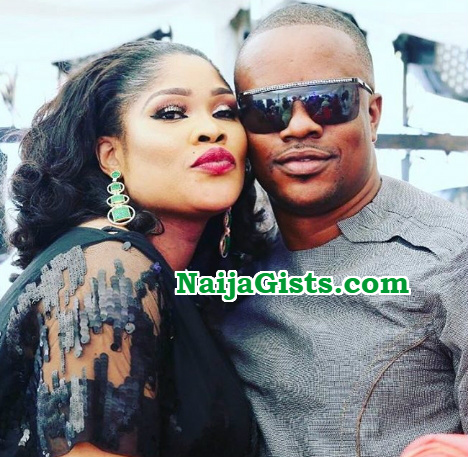 If not for the fear of stigma, Nollywood actress Bisi Ibidapo Obe would have welcomed another child out of wedlock.

According to an insider NaijaGists.com met at a function over the weekend, the couple who have been dating on and off for a while now are fully back in each others arms and it seems this may last forever.

It is a well known fact that gospel singer Lanre Teriba is married but his marriage is marred by series of infidelities that spans across UK, Canada and the United States.

Our source revealed that the actress took in for Atorise sometimes last year but had to get rid of it to save herself from the headache of giving birth to another child outside of marriage since the man is married with children.

The paternity of Bisi Ibidapo Obe’s only child is still questionable as her biological father, Senator Dino Melaye denied being her father while her mother insisted that he is the father of her baby.

The report soon died down after Melaye settled Bisi with an undisclosed amount of money.