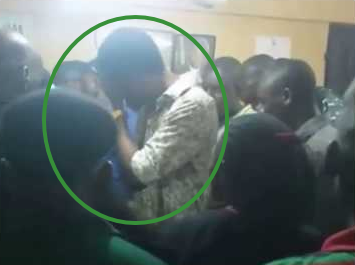 The victims identified as Haruna Abdullahi and Adamu Isa were lured from their location to Gbagada General Hospital by Seun and members of his robbery gang where they were duped of N10million.

Seun allegedly disguised as a doctor working at the hospital while others disguised as patients looking to exchange 9000 dollars and 3000 pounds.

After the criminals managed to collect the said amount from the bureau de change operators, they tried to escape but were caught by policemen attached to the hospital when their victims raised an alarm.

Lagos State Police command confirmed the incident which happened around 1pm this afternoon.

Seun Egbegbe was arrested in connection with another theft in Lagos few weeks ago.

The case is still in court.

Check out a short video clip of his arrest below. 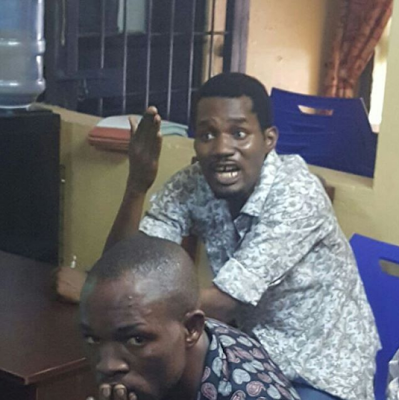 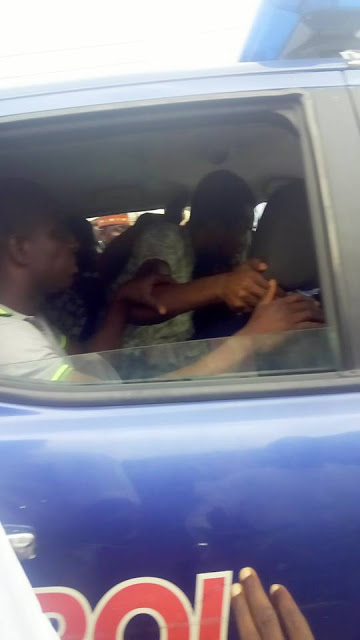 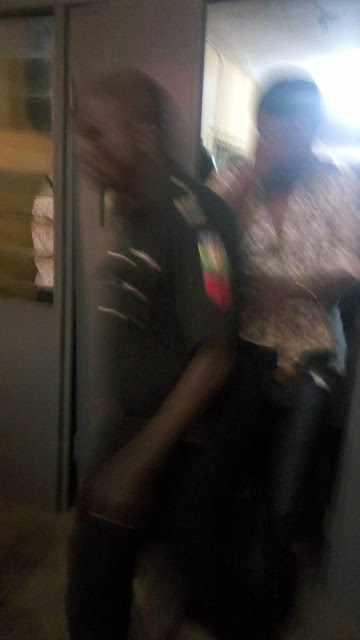 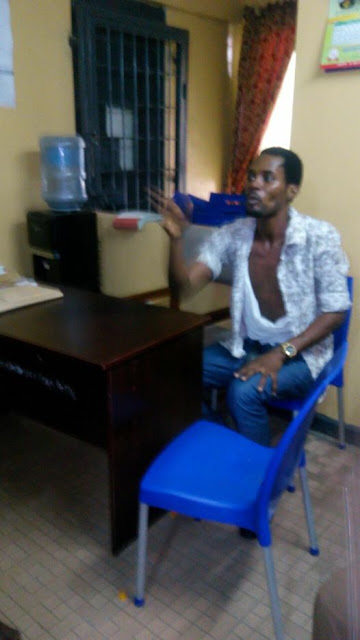