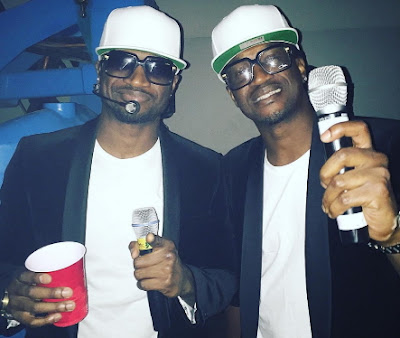 September 30, 2017 – How PSquare Fight Exposes The Most Talented Between Peter & Paul Okoye

What makes the breaking-away of P-Square different and special? They are blood-related right? This, to me, is the reason their union is the most delicate. It was a time bomb set from the start.

As divine as the family institution is, the worst person to do business with, especially in Africa, is most likely your relation. This is a function of the environment where a proper business structure is at the mercy of emotion.

When their lawyer, Festus Keyamo, in an attempt to euphemize the feud, described it as a normal sibling rivalry, I begin to wonder what is normal about siblings who have chosen to wash their dirty linens in public. What I see is deep enmity, the depth of which you are likely to find between rivaling business partners who are not blood-related. Haven’t heard a phrase like ‘the degree of love is most likely the degree of hate when the tables turn’?

The same environment has reacted with more sentiment, since the supposed doused rivalry between Peter on one side, and Paul and Jude on the other side reached its truce limit. I think that people should just let them live their lives and career apart rather than trying to force the water uphill in a matter that involves, as widely speculated, one of the wives.

Now, here is how to look at the water and oil in this matter: Peter is temperamental and boisterous as his dancing skill; Paul is the introverted talented singer who is probably conservative; Jude is a ‘rude boy’ with ‘absolute’ powers as elder brother and manager; Lola, wife of Peter is senior in age to the twins, the other wives and perhaps senior to the ‘rude boy’ too. And she knows too much, having been there from when they all had nothing – probably struggling with the guitar; their late mother never approved of Lola in her life time, for whatever reason… But Peter is ready to go all the hog with Lola, for better for worse, for richer for poorer, till death…

How many musical groups that broke up in Nigeria has got their wives or girlfriends in the mix? See why a family business is more precarious – People who have so bonded to your life don’t usually want you to say NO. They usually have an over-bloated image about themselves. This is detrimental because business and relationship don’t mix without one hurting the other.

If you ask me, it would be a refresher to have Peter and Paul come together just once in a while for Collabos and stage performances. This will also open their minds to doing stuff with other artistes.

Ever heard that two rams cannot drink from the same bucket without locking horns? That is the situation here, because people are bound to have contrary opinions, but when yours is different from that of your boss, the boss’ decision takes predominance. Have we ever asked who the boss is between Peter and Paul? These guys must have been tolerating themselves all these years and there comes a time, as painful as it may be, when there must be a parting. Even conjoined twins would attempt to move in different directions. That is the beauty of life and living.

There is that psychological slavery that makes you want to break away. Even if your action turns out regrettable, you have satisfied a part of you that was yearning for freedom. If you choose go back to ‘prison’, it is because there is something in the outside world that chocks despite its space. After all, didn’t the late Fela Anikulapo-Kuti refer to the outer space as ‘craze world’ in his song, Beast of No Nation?

You could decide to stay indoors for days feeling real good with yourself, but when you are holed up against your will just for hours, you’d think the torture has lasted a month.

People have remained perpetually pained in problematic marriages and have paid the consequences with their lives.

Fans of P-Square who are ‘killing’ themselves for nothing should take solace in the Yoruba proverb: Okere l’omo iya dun mo (siblings are best at their relationship when far apart). I didn’t invent it; our fore fathers did, out of life experiences. People should not force people into a relationship. There is a time to desire one and a time to let go, even if the popular saying that ’20 boys cannot play for 20 years’ does not come to play.

Imagine people trying to force D’banj and Don Jazzy to come back to Mo’hits. The train had since passed that terminal and things can never be the same again. Yes, Oju apa k’ole da bi oju ara (scars do defile the skin permanently).

In the history of musical relationships all over the world, groups are known to have gone their separate ways, giving a new definition to their music and fan base. Talk of Nigeria’s Kcee Presh, Zulezoo, Plantashun Boiz, Remedies, Kush, Ofege, and foreign groups such as the Beatles, Supreme, The Jacksons, Shalamar, Destiny’s Child, ABBA, Bob Marley and the Wailers, etcetera.

Let’s just say that the late mother of P-Square had tried her bit to keep them together in spite of their different temperaments, styles and choices. Do you expect less from a mother? We must understand that people are wired differently, making misunderstandings and quarrels so imminent in any relationship. In fact, misunderstandings are what define a relationship. A bed-of-roses kind of relationship is most likely prone to danger because expectation must have been built to unrealistic level, and usually, like a combustible, the explosion is usually catastrophic.

What is it that makes P-Square’s case different? Is it because they are blood brothers, and is that a reason Jude must remain their manager forever? Is it a birth-right? For all I care, the Okoyes’ blood isn’t any thicker than that of others who have sacked their relations from their personal businesses. Now, which could be more emotional; sacking one’s brother or sacking one’s dad? Well, Beyoncé sacked her dad as her manager and heaven did not fall. 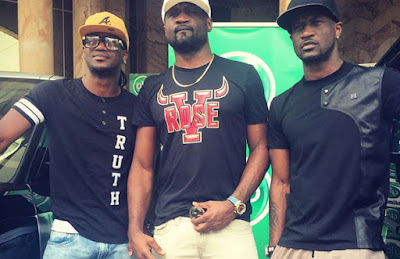 Indeed, Beyoncé sacked her dad, Matthew Knowles when she heard he was cheating on her mom. At some point, Michael Jackson also had to ease his father off his management company. What about Nigerian artiste, Burna Boy who stopped his mother from managing his career any further in 2014? Perhaps of more interest is his American counterpart, Usher who fired his mother in 2007 after he married Tameka Foster, then rehired her in 2008 when his marriage crashed, and then sacked her again in 2009 when he started dating Grace Miguel.

Recall also that Selena Gomez had also fired her mother and stepfather who were her managers at some point, while Nigeria’s Tiwa Savage dropped her husband, Tee Billz, as manager barely five months into their marriage.

This one is even crazier; American singer, Leann Rimes not only sacked her dad, Wilbur Rimes, in year 2000, she also dragged him to court for stealing her money.

I encourage Peter and Paul to move as the spirit leads. Whatever spirit it is…

Perhaps Peter and Paul were never destined to be wealthy in equal proportion and one of them had been feeding fat on the other. The reality of the situation may just reveal who between them had been living on borrowed time.