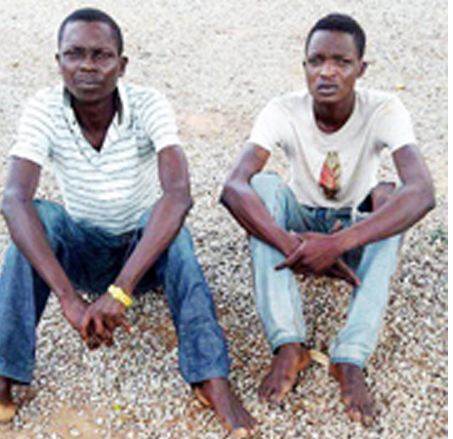 Two notorious cultists and members of the dreaded Black Axe confraternity were arrested in Ogun state yesterday in connection with the murder of 20 members of the rival cult group, Eiye in Otta and Ifo area of Ogun State.

The suspects who identified themselves as Wasiu Owoseeni and Sheriff Afeeri were caught at Agosi area of Ifo while planning a meeting.

According to the zonal police spokesman Muyiwa Adejobi, the duo confessed to have killed the leader of Black Axe, one Niyi Alias Neyo on Western City Street in Ifo in March in a bid to overthrow him.