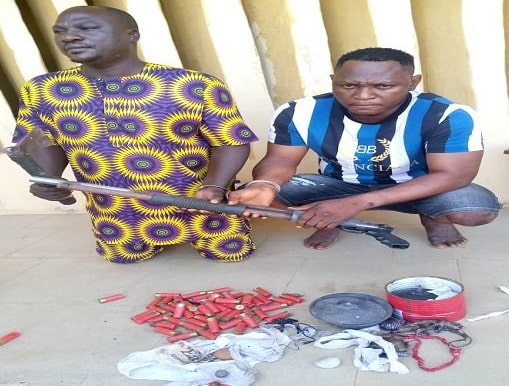 A notorious cultist simply identified as Mukaila M aka Actor, a leader of the black axe cult group terrorizing residents of Ikorodu Lagos has been arrested.

According to police investigation, Actor and his group members have been robbing, molesting and terrorizing residents of Adamo, Itele, Maya and Igode area of Ikorodu since the lockdown started.

The suspect was arrested at his home where a Pump Action Gun, 55 live cartridges, a locally made axe and assorted charms were recovered.

One of his boys was also arrested during the raid.