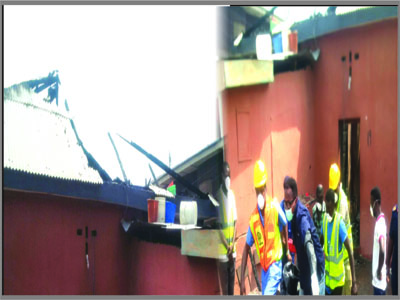 A 65-year-old woman has been burnt to death in Bariga area of Lagos after some suspected Black axe cultists invaded the area and set her house on fire.

The tragedy happened yesterday at number 19 Oshinfolarin Street in Bariga.

We learnt the hoodlums took over the street destroying properties in the area before setting the house on fire.

The corpse of the victim identified as Adejoke Adefuye has been taken to a morgue in the area.