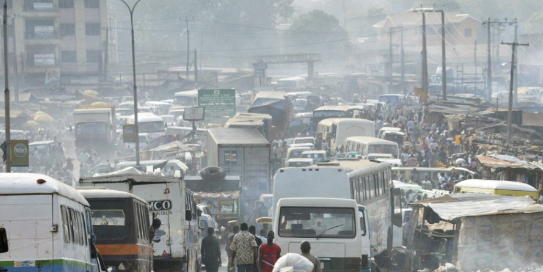 This pollution of the environment of the state is causing serious health concerns.

The Environmentalist advised residents not to drink rain water collected from roof tops because of the health hazard.He advised people to wash their fruits and vegetables before consumption. He recalled that similar incident had happened in Warri,Delta state.

Meanwhile,the Rivers State Government has confirmed the pollution through a statement signed by the Commissioner for Environment,Prof Roseline Konya,where she said “It has come to the notice of the state government of the sudden appearance of strange black soot deposits noticeably seen on car and root tops in our environment,especially in Port Harcourt and its environs.

“The public is hereby advised not to panic as the Ministry of Environment has duly dispatched officials to different locations in the state and monitor and locate the source of the black soot for prompt action.

“It is apparently obvious that the state government can not decontaminate the airspace but it can put a spot to the pollution if the source of soot is located.