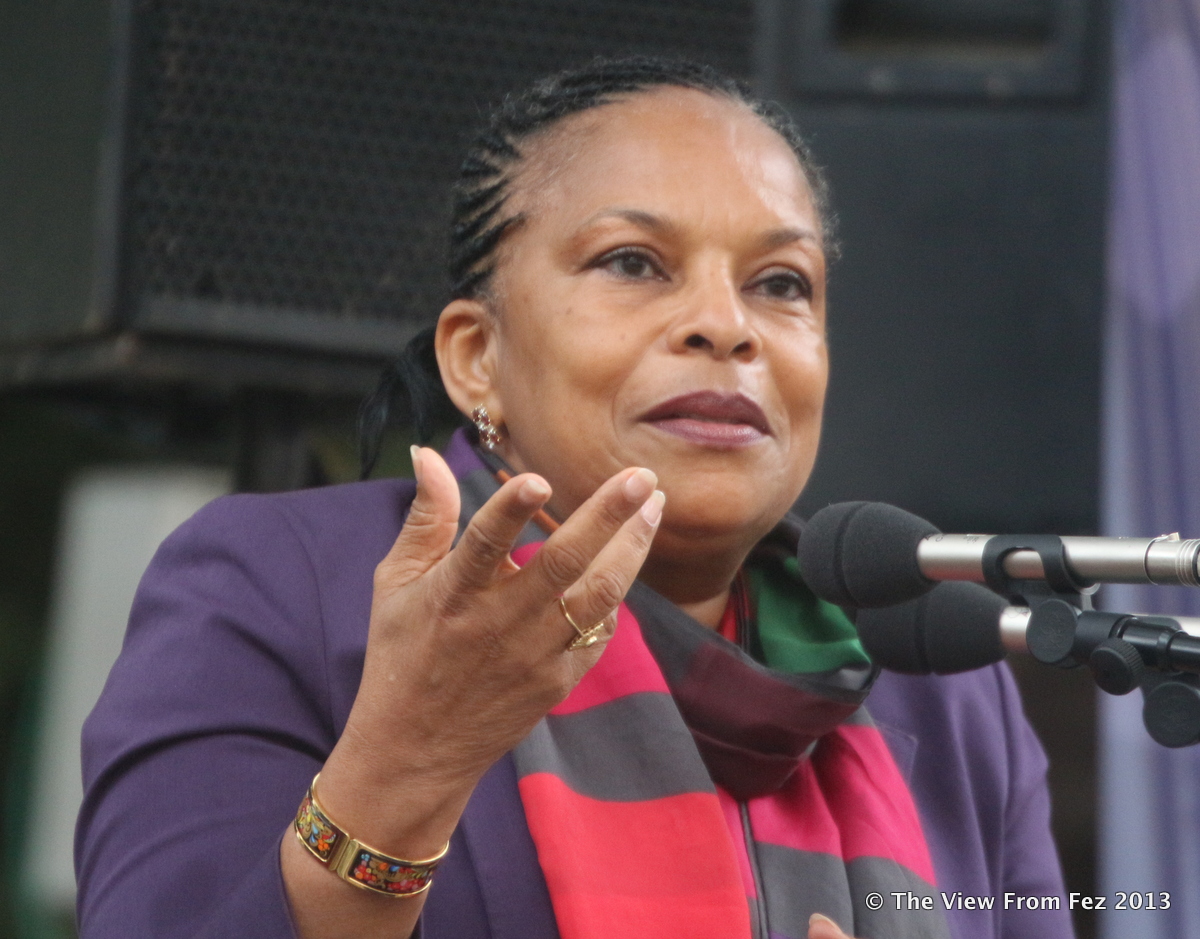 Christiane Taubira, the Justice Minister of France has been publicly subjected to racist taunts for the third time in barely a month, triggering a wave of outrage Tuesday over the hounding of the country’s top black politician.

In the wake of two highly-publicised incidents in which the minister, Christiane Taubira, was compared to a monkey, far right weekly magazine Minute published a cover page with the headline “Crafty as a monkey, Taubira gets her banana back”.

Amid an outcry over the magazine’s contents, Interior Minister Manuel Valls announced he was examining whether it was legally possible to block the distribution of the magazine.

“We cannot let this pass,” he said.

Numerous politicians took to Twitter to demand the prosecution of the magazine’s editor and publisher for incitement to racial hatred. Rights group SOS Racisme said it would lodge a legal complaint over the cover, a move that will force authorities to investigate whether any law has been breached.

Harlem Desir, the First Secretary of the ruling Socialist Party and one of the founders of SOS Racisme, said all copies of the magazine should be seized by police.

Sports Minister Valerie Fourneyron called the cover “Unacceptable and nauseating” and there was also widespread condemnation from members of the centre-right UMP opposition party.

Taubira is a hate figure for some on the right in French politics as she was the minister reponsible for the legalisation of gay marriage earlier this year.

Last week, she spoke publicly of her dismay over the attacks she has been subjected to and implicitly criticised her government colleagues for not coming to her defence.

Warning of a threat to France’s social cohesion, Taubira told the Liberation daily that, “Inhibitions are disappearing, dykes have been breached.”

At the end of last month, a group of children attending an anti-Taubira/anti-gay marriage demonstration were filmed chanting “monkey, eat your banana”.

That came shortly after an electoral candidate of the far right National Front (FN) was expelled from her party for writing on her Facebook page that she would prefer to see the minister “swinging from the branches rather than in government”.

The treatment of Taubira has sparked much soul-searching among liberal commentators over whether racism has become widely acceptable in parts of French society.