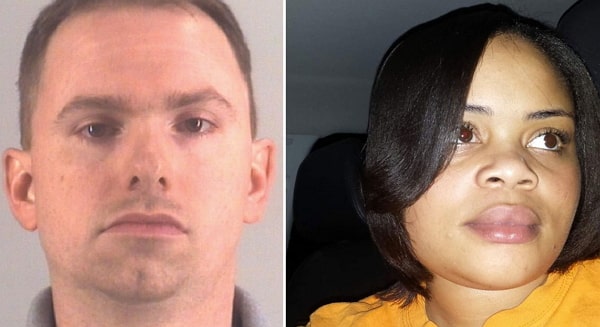 The alleged racist cop who killed an unharmed black woman in her home over the weekend has been jailed for murder.

28-year-old Atatiana Jefferson, a Pre-med student was fatally shot in her home on Saturday by Fort Worth Texas Policeman, Aaron Dean.

The convict resigned earlier yesterday before he answered any question relating to the murder case.

At a news conference on Monday, Ashley Carr, Jefferson’s oldest sister, said her sister had recently moved home to care for her mother, who was in declining health and remained hospitalized Monday.

Her killer has been jailed on a murder charge. He was booked into Tarant County Jail on Monday evening.

Here is what a neigbhour who called police to do a welfare check on late Jefferson’s said after the murder.

James Smith said he saw the lights on and front doors open at his neighbor’s home overnight. He said he called a non emergency number for a wellness check. Smith said minutes later he heard a gunshot. @wfaa pic.twitter.com/7XYsVBCFz2

Here is the body cam footage of the officer before he fired the shot that killed Jefferson.