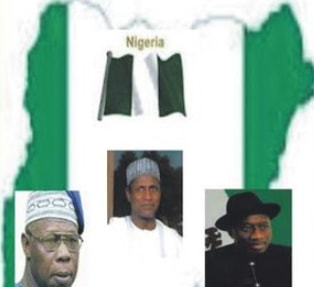 Blame all political distresses in Nigeria on these fourth republic politicians. The Auschwitzian exhibitions all over Nigeria do not bother them. It is baffling to see politicians go on condolence visits when they are supposed to speak truth to power.

All over Nigeria, people are lynched and killed; all it takes is to have a precedence to kill. Are the NIA and DSS still actively engaged in nipping crimes in the bud before they develop?.

Politicians can get away with anything in Nigeria because citizens are so hungry and lack the financial and emotional stamina to demand proper accountability to develop Nigeria. We had the resources and missed the golden chance to put some structures on ground.

The world is replete with great and inspired writers whose wisdom-laden facts will enrich and broaden one’s horizon in any field of human endeavour, leadership inclusive. The complexity of modern living calls for a deployment of sound knowledge.

Whatever flows from a person’s mouth determines his depth. As the statement goes, “it’s only the deep that can call to the deep” majority of other so-called leaders are exceptionally shallow; if you ask them to define leadership, I’m sure many of them have got no simple clue. Many do not know the difference between a career and a vocation and that is why nothing works in Nigeria. Politics is a line of business for them not a vocation. A vocation summons you to do, act and solve problems.

Some pretend to be democrats and end up as Pharaohs.

In organized saner environments some of these Pharaohs wouldn’t get jobs as banana benders, much less hold political office.

True democrats distinguish between economic waste and viable investment. They never fall for the cheap trap of decimating the populace, becoming arrogant and autocratic. Why must they even be autocratic? Isn’t politics about collaboration?

I expect politicians to be spectacular yet many have chosen to be adequate, approving and promoting only parochial views to hurt national security without contributing to national development.

Common sense guidelines make it possible to judge the works of people not vain self-glory in promoting communal interests.

They blame current woes of regions perpetually on another, giving one-sided histories. It is how people create monopolies while campaigning for their region without living up to their responsibilities.

The big issues do not matter.

Things can be better than it is now. No-where is developed in terms of physical and social infrastructure. There aren’t farm families anymore as was the case in the past where farm families were responsible for making Nigeria a food haven.

How can the Nigerian state be under siege and yet no member of the political class has been able to call any one to order in a truly patriotic manner. How was the congress dominated by the Democrats in The US with their Republican partners able to force Richard Nixon out of office? They saw the big picture. How were Ronald Reagan and George Bush (Republicans) his successor as president able to pass any legislation with Congress dominated by Democrats? They saw the big picture and worked together for the growth of the country.

[About the author: Simon Abah writes from Abuja]