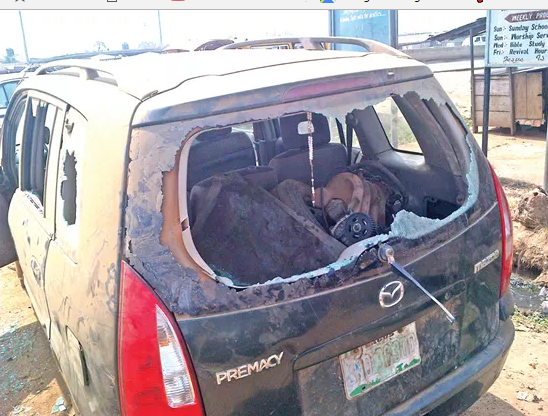 At least 5 people are clinging to life at various hospitals in Ogun state hours after about 30 masked men suspected to be members of the Aiye Confraternity invaded Agionibode street, Mowe Motor Park and 09 Junction.

The attack which started around 10pm on Monday lasted for about an hour with no policemen or security operatives to save the innocent people and motorists targetted by the cultists.

In the process, they injured 5 people and vandalized 20 vehicles.

The injured victims are currently in coma .

Here is what a resident of Mowe who refused to disclose his name said about the attack: