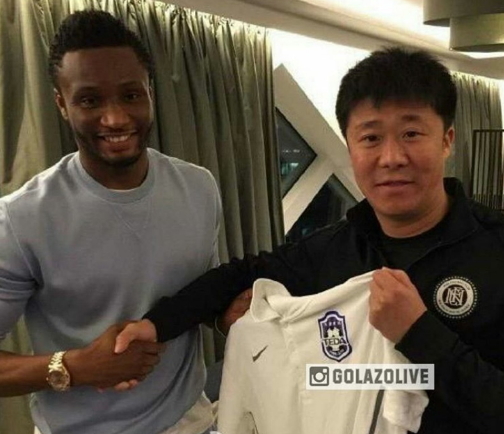 The Captain of the Nigerian Super Eagles John Mikel Obi has received a whopping £2 Million from Chelsea despite getting a free transfer to Chinese Football Club, Tianjin Teda.

OwnGoal.com revealed that Mikel Obi severance fee is the total pay package of the last six months of his deal with Chelsea.

He is to earn N78million weekly at the Chinese League.

He left Chelsea after falling out of favour with the current manager Antonio Conte who refused to use him in any of his match day squad.

Obi spent 10 and half years at Chelsea before transferring to the Chinese League.