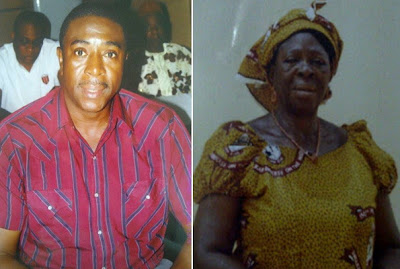 Nollywood actor Bob Manuel Udokwu who lost his mum on July 20, 2013 is currently in a state of grief.

The movie icon’s mother, Mrs Udokwu died at the age of 78.

In a Facebook disclosure, he said his mother died in her sleep of natural causes.

Fans and colleagues have started paying their condolence to him.

Bob Manuel Udokwu hails from Idemili LGA of Anambra State. He is from the same state of Nollywood actress Chioma Chukwuka Akpotha who lost her own mother about a month ago.

‘She was the best thing that ever happened to me and all I can say is that she will be greatly missed by the family.’