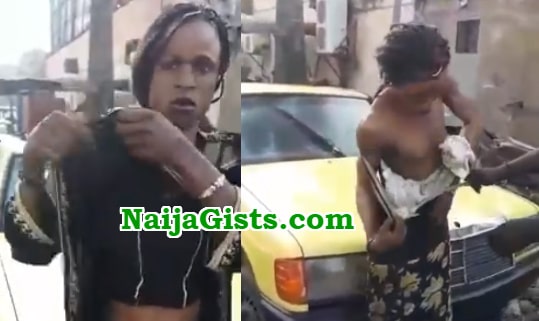 Here is a big warning to all men who like everything under the skirt.

The guy in the video you are about to watch was caught at a night club as he dressed like a lady to scam unsuspecting men.

Apparently, he presented himself as a female sex worker but his voice gave him away.

He was forced to untie his clothes as his fake paper breasts fell off.

Bobrisky was arrested in a similar manner years ago.

His own arrest story cracked us up as he used pure water as breasts..LOL. 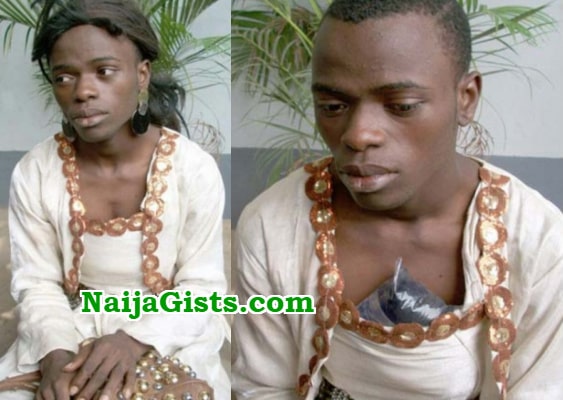