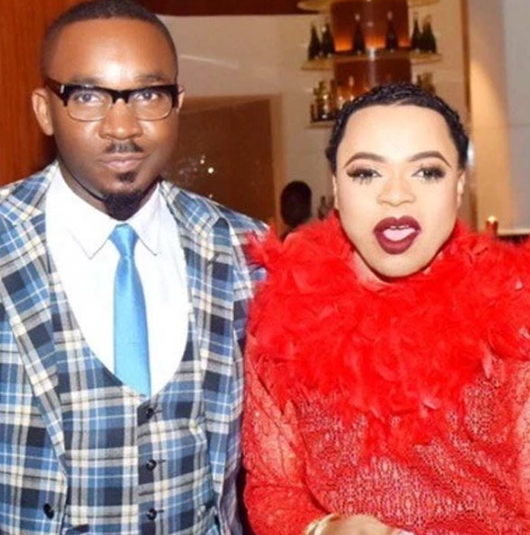 A chronic attention seeker who owns a popular night club located in Ikeja Lagos was on Wednesday picked up by Lagos Police officials for allegedly dehumanizing his female assistants by putting chains around their necks liked dogs has been released.

His release came hours after he signed an undertaking to publicly apologise for dehumanizing the ladies in the pictures below. 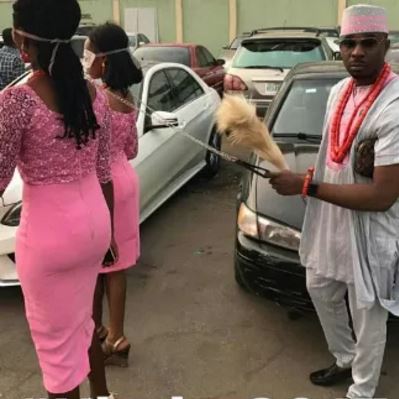 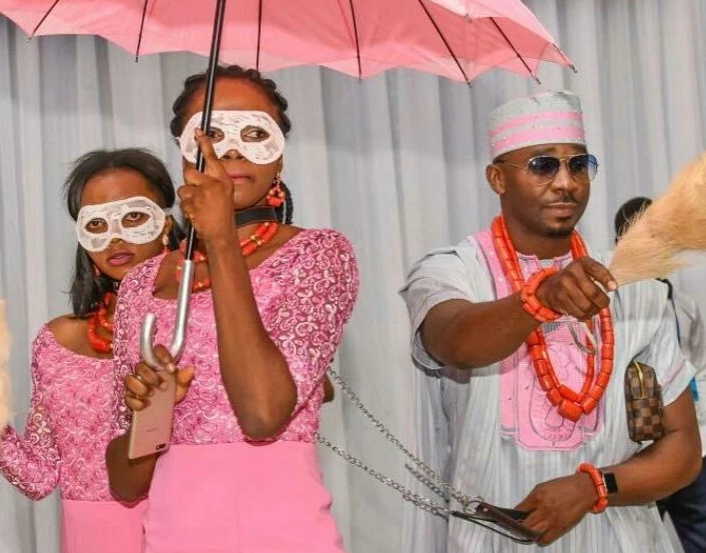 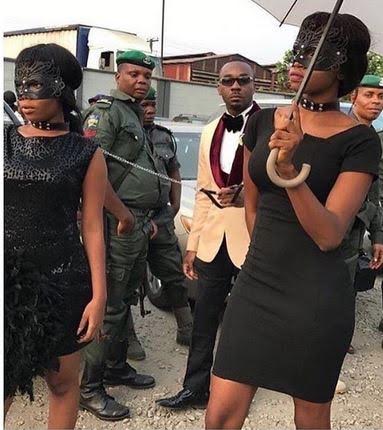 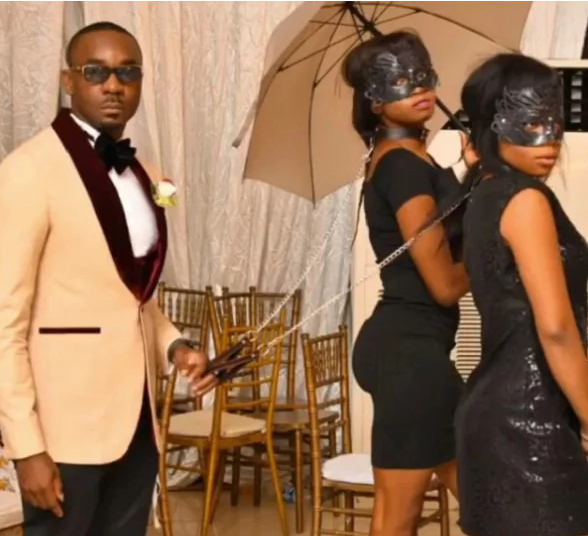 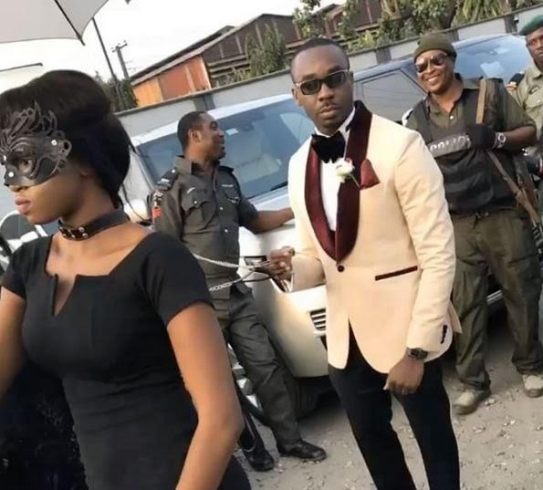 Here is an undertaking Mike Eze Nwalie signed on Thursday:

See his first public apology below:

These celebrities can do anything for attention.

Thank goodness Naija is too civilized for this kind madness.

Let this serves as warning to others like him.

For the record, Pretty Mike is the boyfriend of openly gay Naija male prostitute, Olanrewaju Idris Okuneye aka Bobrisky.