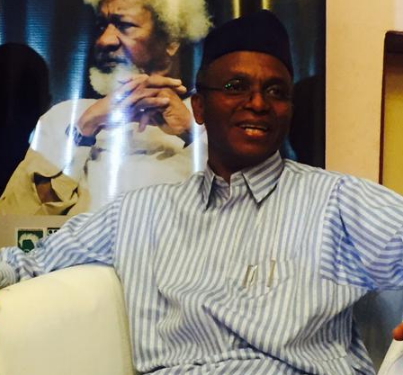 While delivering a lecture during the presentation of a book,  Religion and the Making of Nigeria, written by Prof. Olufemi Vaughan in Abuja yesterday, Nobel Laureate Soyinka warned that religion would ruin Nigeria if not curbed.

Condemning killings in the name of religion, the Nobel laureate stated, 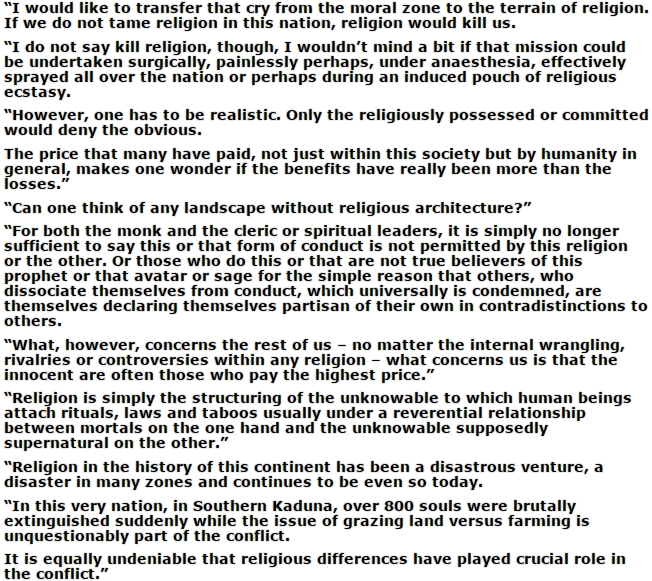 He stated that the Kaduna State Governor, Mallam Nasir el-Rufai, admitted sending funds to those who were responsible for the killings.

“What astonished me was not the admission by the governor but the astonishment of others at such governmental response to atrocity. There was nothing new about it. Has appeasement to religious forces not become a Nigerian face of justice and equity; first lethargy and then appeasement?

“Wasn’t Boko Haram’s Mohammed Yusuf a beneficiary of appeasement in a similar fashion?”

He stated that the Southern Kaduna killings had reminded Nigerians again that the monster always laid waiting to pounce under the guise of religion.