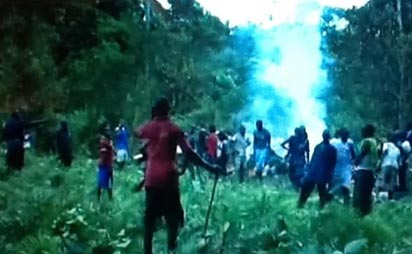 The Nigerian Navy disclosed, Sunday, that its search and rescue efforts, after the Dec 15 helicopter crash in Okoloba community,  has led to the recovery of six bodies of the victims of the crash, saying that the bodies have been deposited at the Federal Medical Center , Yenagoa, Bayelsa State .

It said with the recovery, the Navy has commenced investigation into the cause of the accident.

The  statement by the Director of Naval Information, Commodore Kabiru Aliyu reads, “The Nigerian Navy wishes to confirm that search and rescue effort has led to the recovery of all the 4 passengers and the 2 pilots on board its helicopter NN 07 which crashed on 15 December 2012”.

“The bodies of the victims have been recovered from the scene of the incident and the crash site has been duly secured to allow for detailed investigation. It should be noted that the report of the investigation would be made available as soon as possible”. (Vanguard Report)