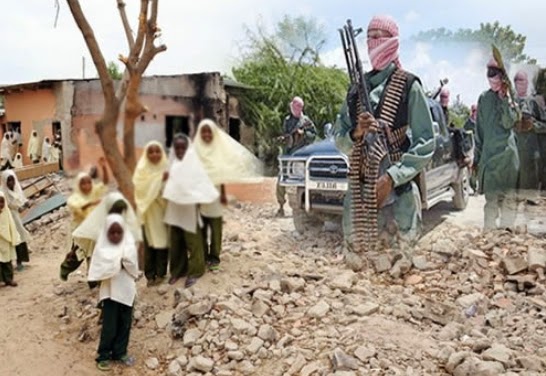 It is so sadden and horrible when we Nigerian wake up and hear the spate of bombings in this country,to the extent we now take much delight in the military bombarding the insurgents(patriotism).

In this our current state of turmoil, which i believe is surmountable just as every true Nigerian would believe that “one day, terrorist activity would become the thing of the past”. The only and successful way to make this terror group know they can’t divide us is for them to know they fight not only against the military but also against ONE NIGERIA, the country has to be united towards insecurity in its whole.

The Story of our abducted missing girls (Federal Government Girls College, Chibok
in Borno State) would never end, their fate would never be compared to that of the missing Malaysian plane.

We shall all cross the Indian ocean with the parents of the children, because we are one Nigeria, and security should be a collective effort of us all. We would do aerial searches if the need be. The search for the missing Malaysian airline has seen unprecedented coming together of nations of the world in search of the missing airline, this should be a mirror for us Nigerian to stand, not criticising the President or the military because, this is a battle the Terror group are using to dislodge or break the country, so we shouldn’t continue with heavy criticism, instead we should put on a guard of watch.