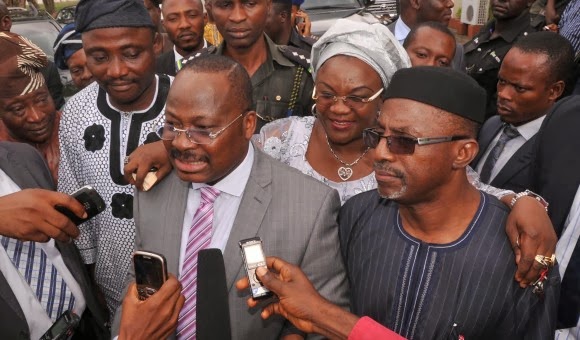 The government of Oyo State under the leadership of Governor Abiola Ajimobi has foreseen the emergence of a new Boko Haram-like islamic sect named Arsuna.

The discovery was made by the Muslim community in Iseyin, Oyo State Nigeria.

The group was banned over its alleged involvement in nefarious activities ranging from rape to murder.

“The State Executive Council has approved the proscription of Arsuna Islamic Sect over allegations of rape, murder and slavery,”.

Otegbeye said that some members of the sect, under the leadership of Yunus Adefobi, were being tried in court for various offences.

He said that government took the decision based on complaints from the Islamic Community in Iseyin.

“Oyo State Government took the decision to forestall the emergence of Boko Haram in this part of the country,’’ the commissioner said.