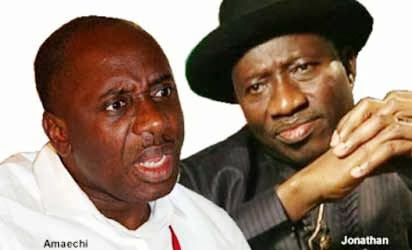 The River state Governor, Chief Amaechi is now taking his case to Christiane Amanpour of CNN.

The Governor was recently on BBC’s HardTalk Interview where he disclosed that the reason he purchased a $50M Bombardier was because of his Position as the NGF Chairman.

Barring any last minute changes, plans have been concluded by Governor Amaechi’s media team working with a US based PR consultant for a 15 minutes interview slot with the CNN anchor according to a very reliable source. The interview will cost Rivers tax payers about $100,000, excluding consultancy fees.

The interview will once more give Amaechi better opportunity on a global scale to Launch a further scathing attack on the President of Nigeria, who he gave reasons why he is fighting him in his interview with local press in Port Harcourt within the week.

It is a growing concerning that Governor Amaechi in the last six months have abandoned his Job as Governor of a state for ‘nation-touring’ and ‘globe trotting’ because of the vice President slot he was promised by his co travelers!