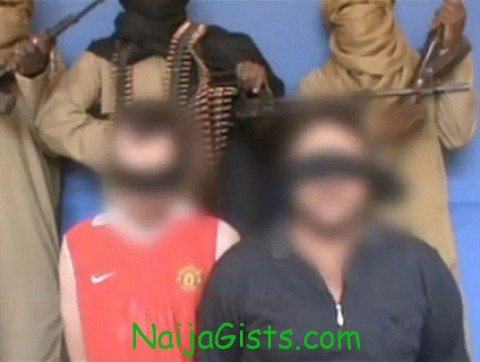 Blindfolded hostages in a video

Boko Haram militants are without doubt following the footsteps of Al-qaeda in the wake of these ceaseless killings in Nigeria. naijagists.com

Naijagists.com learnt that the two foreigners held captive by the sect in Sokoto back in May of 2011 have been brutally murdered after failed attempts by Nigerian and foreign security forces to rescue them.

The captives were Chris Macmanus, a British Citizen and Franco Lamolinara, an Italian. 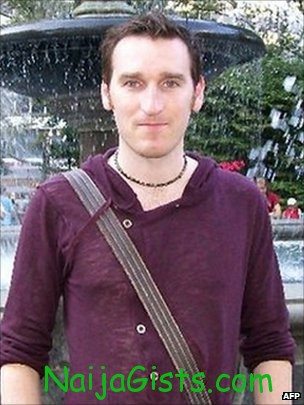 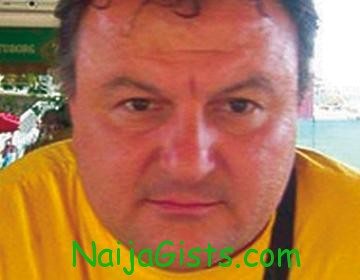 Prior to their abduction, they had been working on a Central bank construction project in Birni Kebbi.

It appeared that both hostages “were murdered by their captors before they could be rescued” by Nigerian and British forces, Prime Minister David Cameron said.

President Goodluck Jonathan condemned the killings in a statement that reads;

“President Gooodluck Ebele Jonathan has condemned the killing of two kidnapped foreigners – an Italian and a British citizen – in Sokoto State Thursday, by their Boko Haram captors before they could be rescued by a joint security raid on the kidnappers’ hideout.

Describing their death as sad, unfortunate and regrettable, the President on behalf of the Nigerian government and on his own behalf, extended heartfelt condolences to the families of the victims, the people and governments of Britain and Italy.

According to him, Nigerian government would take every necessary step to protect the lives of foreigners in the country.

I believe these Boko Haramists are foreigners pretending to be Nigerians. They must have been hired to operate in Nigeria.