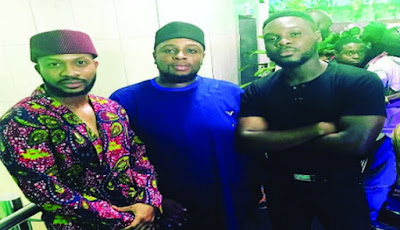 I’ve been waiting for Marvel’s Black Panther movie for almost two decades. Not the Chadwick Boseman starrer, mind you. I was the lucky geek who spoke to Wesley Snipes when he visited Abuja, Nigeria, in 2005. I was disappointed when years later, it slowly became clear that was not going to happen. So when Marvel announced their Phase 3 slate, which included this year’s Black Panther, I was over the moon. Fast-forward to today, and I’m waiting in line to watch it, in Abuja. And boy, were the geeks out in full force!

There were all kinds of people, and from the chatter, many of them familiar with the Wakandan king’s exploits one way or the other. There were people in cool Black Panther T-shirts, and even more in traditional Nigerian attire of various styles and colours. It was, in every sense, an event for the crowd that thronged Genesis Cinema for a special advance screening. The crowd was so excited that the queue soon disintegrated, and a large but friendly group of enthusiasts impatiently waited for the screening to begin.

As soon as the trailers were done, and the movie began, there was a scene which took place in Sambisa Forest, in north-eastern Nigeria, once the stronghold of deadly terrorist group Boko Haram, and where they infamously held the Chibok girls hostage for almost four years. Now, with me at the screening, were a couple of my friends who had actually just concluded a tour of service at the very forest in question, and they both groaned “C’mon!” at almost the same time.

Sambisa Forest, in the movie, was a dense, rainforest-y type, while the actual Sambisa has sparse vegetation. Also, the insurgents who held some girls hostage in the sequence, spoke English, a no-no being that their name Boko Haram is loosely translated to mean ‘Western education is sin’. One of my friends, a captain in the Nigerian Army, was visibly chafed when one of the insurgents was referred to as ‘Captain’. The insurgents also never use conventional ranks. I’ve written many times on how Nigeria is almost always gotten wrong in movies and comic books, so you can imagine my exasperation. I repeat: Inclusion is good, but accuracy is key!

Those bumps done and gone, the movie proceeded to wow the audience, with many sequences prompting loud cheers. There were some parts of the dialogue that had expressions native to West Africa, and were a joy to hear, and had the audience responding positively. It got me thinking, this time about the soundtrack (excellent, by the way). This would’ve been an excellent opportunity to include Nigerian, and other African artistes whose work is inarguably at its best and most vibrant right now. I mean, even Drake has keyed into that, featuring one of the biggest singers in Nigeria today, Wiz Kid, on some of his work. Even Kanye West’s tapped into that Nigerian flavour, too. Needless to say, the Black Panther soundtrack is still one I’ll be listening to for a while.

Some of what the massively positive reception for the Black Panther in Nigeria means, is that a message will be sent, loud and clear, that stories that resonate with Africans of all kinds, are possible, even within the superhero genre. Imagine how many creators will be inspired by that. Imagine the impact on young people, suddenly seeing versions of themselves in this beautifully realised fantastic world. The possibilities, while endless, are now actually possible, thanks to Ryan Coogler’s well-realised film.

The movie officially opens here in Abuja tomorrow, Friday. And I’m positive it will be a massive hit, as word-of-mouth on it has been very, very strong. That’s not hard to see: The cast did a stellar job of bringing the characters to life, the direction was top-notch (action set-pieces need to be seen to be believed), and the VFX slightly better than I’ve come to expect from Marvel. I know I started this article with a ‘but’, however I had a great viewing experience, so much that I’m going for a second helping, and maybe even a third. No buts about that, I assure you.

Abdulkareem Baba Aminu is a newspaper editor and award-winning journalist based in Nigeria. He has reviewed comics, novels, movies and music for a variety of platforms and is currently the Editor of the Saturday edition of the Daily Trust, one of the most influential newspapers in his country. You can follow him on Twitter: @KareemReal