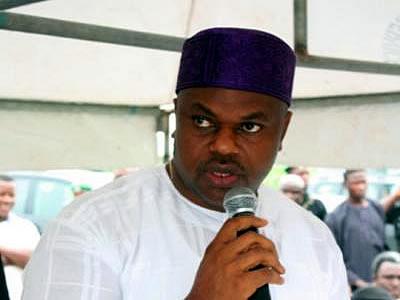 The game of politics has turned violent in this country.

2 people are clinging to life at a local hospital in Delta State as we speak after two simultaneous bomb explosions hit politicians during the campaign meeting of the speaker of Delta State House of Assembly, Victor Ochei in the early hours of Friday November 1st, 2013.

The meeting came to a deadly end after bomb blast injured two people at Obomkpa, Aniocha LGA of the state.

Photo from the bomb blast scene.

According to Sahara, a source identified one of the injured as a female personal assistant to Bishop Ken Ebolum of Dominion Christian Center, Asaba. He added that the two victims were rushed to the Delta State Teaching Hospital, Oghara, for treatment.

Several eyewitness sources said that chaos broke out as soon as the suspected bombs exploded, with the speaker and other scampering for safety. One of the sources disclosed that the speaker had arrived in Obomkpa to inaugurate his political group, “Otumowane,” in preparation for the 2015 general elections. His close associates have revealed that he has indicated an interest in running for the governorship.

One of the suspected bombers, John Oyibo Achuzia Ijeh has been arrested and taken to Asaba Police headquarter for interrogation.