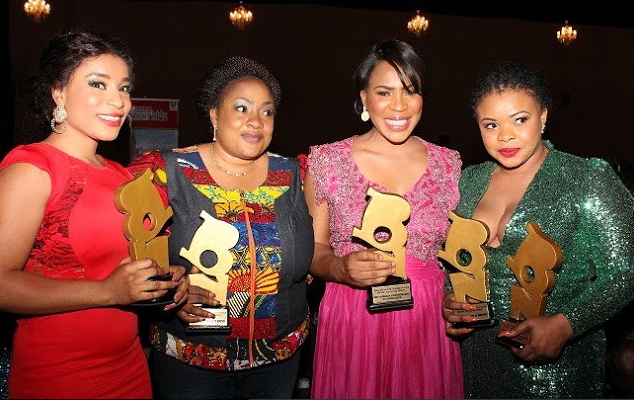 The organisers of the Best of Nollywood Awards have opened voting in three categories as the countdown to awards get in top gear.

The categories are ‘Revelation of the year (male and female) and ‘Best Kiss in a movie’. For the revelation of the year, Deyemi Okanlawon, Rex Okozuwa, Laclass Ozougwu, Tobi Abraham, Akun Kolapo and Wasiu Rafiu will be battling for the male category, while Peggy Ovire will be facing Funmi Awelewa, Jumoke Aderounmu, Wunmi Toriola, Genny Uzoma and Jumoke Odetola in the female list.

Nominees in other categories include Sadiq Daba, IK Ogbonna, Ini Edo, Fathia Balogun and other top actors and filmmakers.

BON Awards which is in its 7th edition will be held in Akure, Ondo state on Saturday, December 12, 2015….